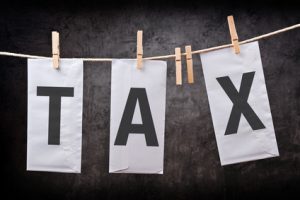 We have great news.  On January 1, 2018, Congress enacted several important changes to the estate tax.  Under the new law, the federal estate tax exemption amounts increased to $11,200,000 for individuals and $22,400,000 for married couples, up from $5,490,000 and $10,980,000 in 2017.  As was the case previously, the gift and generation-skipping transfer tax have identical exemption amounts as the estate tax.  These exemption amounts are scheduled to increase with inflation each year until 2025. The highest marginal federal estate tax and gift tax rates remain at 40% and the generation-skipping tax rate remains at a flat 40%. However, under the new law there is a sunset provision causing the exemption amounts discussed above to return to 2017 levels, adjusted for inflation, on January 1, 2026.

Given the significance of these new laws, this may be a good time to review the terms of your Wills and Revocable Trusts, as many Wills and Revocable Trusts create trusts within them that will be funded according to formulas tied to the exemption amount in effect on your death. If you die before 2026, these trusts may be funded with significantly larger amounts than you initially anticipated when the documents were put in place.

If you have any questions on the new wealth transfer tax laws or would like to discuss your individual plan in more detail with Jay or Christine, please do not hesitate to contact us.

How Can We Help?

Want to social distance or too busy to come to the office?

Schedule your initial meeting as a telephone or Zoom video conference and we can meet
without you leaving home.